How does a mechanical watch work? 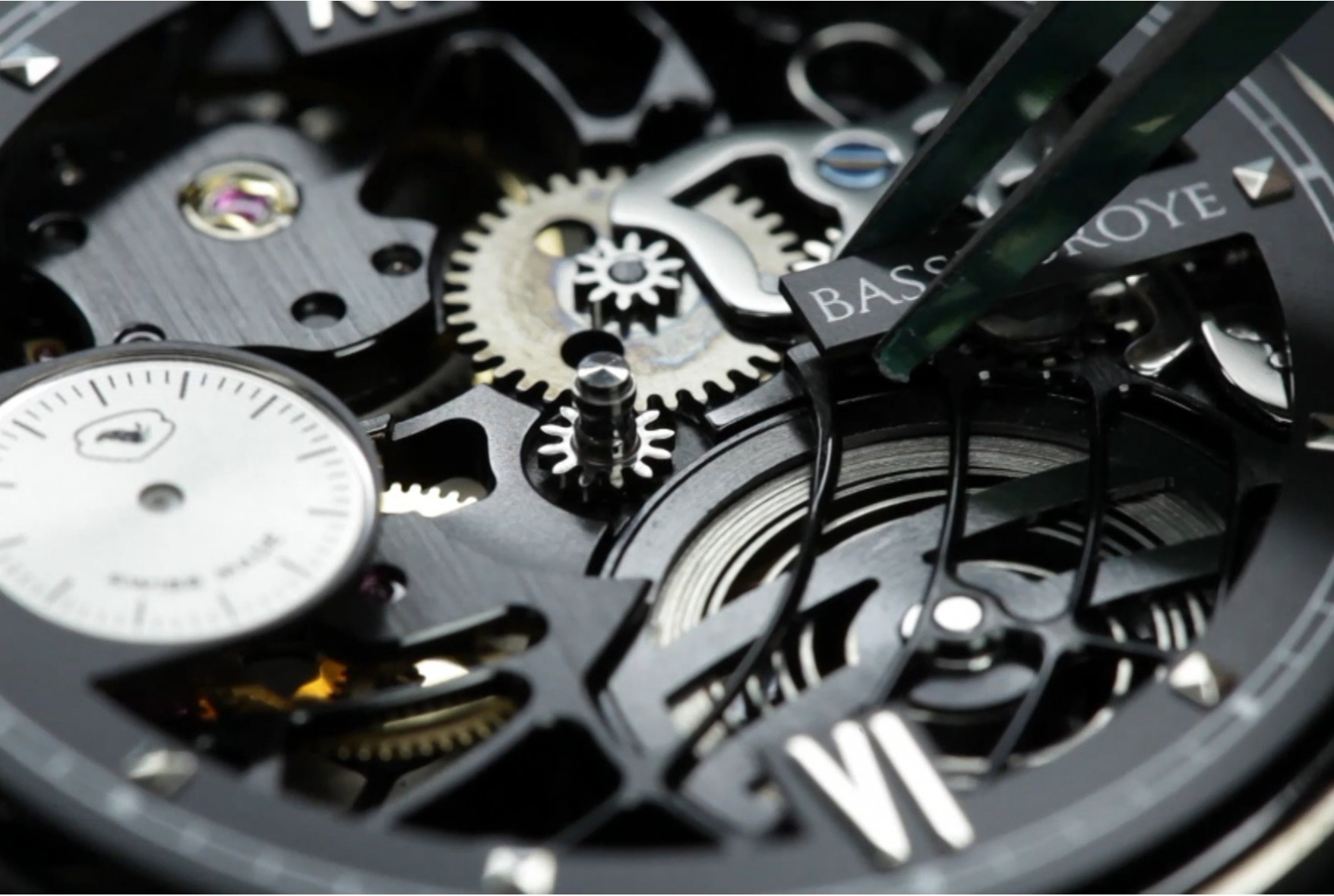 Today let’s start with a rudimentary breakdown of a watch’s component. The graphic below shows the elements that nearly every watch will have.

Parts of a Mechanical Watch Movement

Below we’ve covered the major working of a inner workings.

The balance spring is a very fine spring in a mechanical watch that causes the balance wheel to recoil. The spring of the balance is also called hairspring (flat spiral) was invented in 1675 by Christiaan Huygens. The spring itself was originally made from steel or gold, and today is made from temperature resistant alloys or silicon.

Used in mechanical watches and clocks, The barrel is a large gear that contains the powerful mainspring. The mainspring, when wound, provides power to the watch affecting Affecting the length of the power reserve on a watch. The barrel is a cylindrical metal box closed by a cover, with a ring of gear teeth around it, containing a spiral spring called the mainspring, which provides power mechanism. The spring is hooked to the barrel at its outer end and to the at its inner end. The barrel teeth engage the first of the wheel train of the watch, usually the wheel. Barrels rotate slowly: for a watch mainspring barrel, the rate is usually one rotation every 8 hours. This construction allows the mainspring to be wound (by turning the arbour) without interrupting the tension of the spring driving the timepiece. Watchmakers have paid much attention to this component throughout the history of watchmaking. Ever since spring-driven watches hit the market, they have been trying to find the best watch design to encase their movements.

A bridge is fixed to the main plate, thus forming the frame of a watch movement which houses all other parts.

Originally, the denoted the position and size of its components. Today, a refers to the movement number, origins or its manufacturer. The movement or is the working mechanism in a watch. For many years, watch enthusiasts have been debating the most precise movement: Is it a mechanical movement? or is it a quartz ?

All fields are required